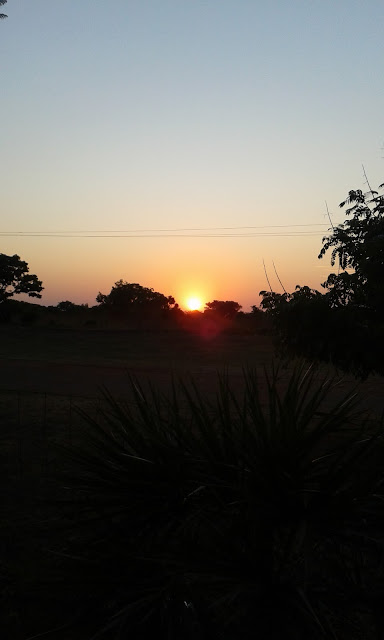 African life dawns glorious around us
I am ever thankful for eyes to see
but ears to hear?
this is more difficult 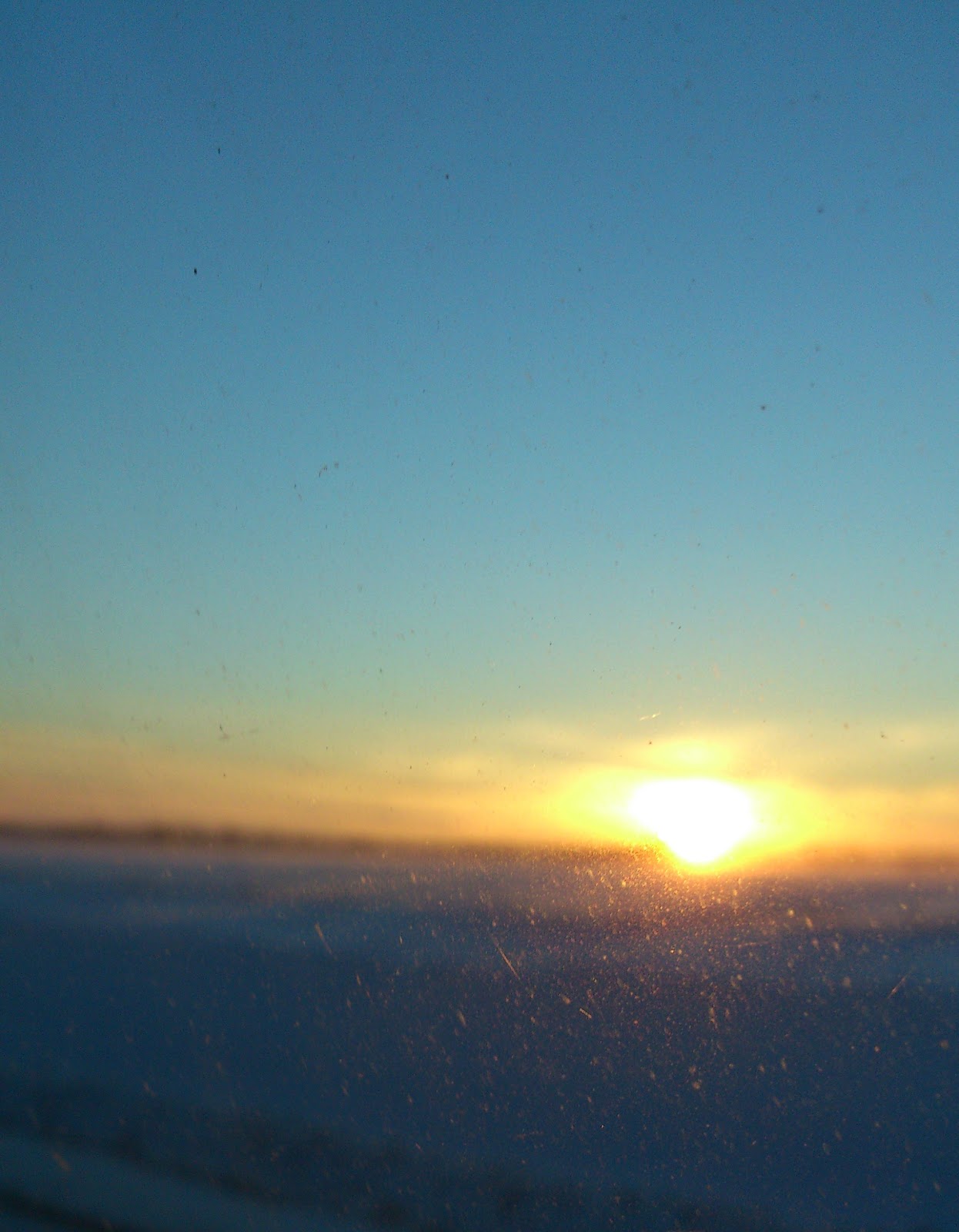 The results are in.
They do not surprise me.
The acoustic neuroma shows up as slightly larger on recent imaging.


Acoustic neuromas sometimes increase in size temporarily as a reaction to the Gamma Knife treatment. This is actually a favorable sign indicating a brisk response. Such swelling usually is most obvious between 6 and 18 months after the procedure. It should not be confused with increase due to lack of response in which case the tumor size will not return to the baseline but continue to increase. A definite assessment should be made two years after the treatment: was the swelling merely temporary or did the tumor fail to respond to the treatment?

This increase likely accounts for the increase in the spinning sensations and tinnitus.  I am glad there is so much information available online.  I have read much that helps dispel fear.

The neurosurgeon wants me to have my next MRI in one year.
In one year I expect to be on the mission field in Malawi.
We will have different insurance coverage.
My doctor here can not requisition treatment overseas.
It may well be possible to have the scan done in Africa and sent home on a disc.
but think I will request that the MRI be done at the seven month mark
if we are indeed leaving Canada in August
then re imaging can be done again two years later
when we return home on furlough.
I am leaving this in the Lord's hand for the moment
but will send an email to the neuro nurse in a few days.
Having the test completed on home soil
would eliminate stress and worry in our future planning.

One thing I am certain of
God already knows.
He Is already living in my future.
Posted by HisFireFly at 1:12 PM 4 comments: 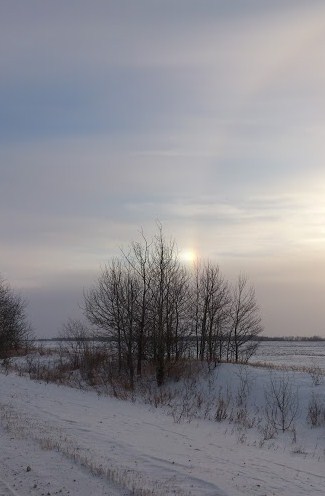 Travel in our part of the world during the winter months can be difficult, if not impossible.
The temperatures not only moderated but grew unseasonably warm this week.
We had snow, wind and icing on the roads.

The hospital where I was scheduled for my one year follow-up MRI is 2-1/2 hours away.

We chose to drive in Wednesday night and stay in a nearby hotel.

Rick managed the difficult parts of the drive well, but not with ease.  It was a bit trying for both of us.  We relaxed and collapsed in front of mindless television as we settled into our room.

Before I shut down my laptop to check out of the hotel, I typed into my Facebook status box:


MRI day - into the force field I go

and so off to the hospital, wishing I could have another coffee, knowing I had to wait till after.

There were no delays.  The needle for the i.v. line to inject contrast agent was inserted with skill.  I relaxed into the clicking and knocking and tried to ignore the desire to move about to ease the growing pain in my lower back.  Halfway (or somewhere near halfway) through the test I could feel someone take the i.v. tube from my hand and insert the contrast.

More knocks, bangs, clicks and tones that the earphones can't muffle, and then I heard a voice telling me to watch my elbows as they slid me out to freedom.  I rose without too much residual back pain.

I was told my doctor would have the results in a day or two, though I had been told by the gamma knife centre to expect to hear from them within three weeks.

We spent the next few hours shopping, then made our way back home on still ice covered roads.

Now safe, rested from a good nights sleep, and back to life as usual, trying not think about the waiting.

music only I can hear

An overall sense of dizziness continues to be a problem.  Not enough to cause nausea, stumbling or falling, but a spinning uneasiness.  It must be God's own hand that sustains my balance.

Tonight the tinnitus in my left ear fills the entire side of my head, much louder than I'm used to.  Usually if I am listening to other sounds the ringing fades.  But as we watch television the internal noise roars on.

It is as if I am tuned in to a wavelength set just for me.  A music only I can hear. Unfortunately, I cannot choose to shut it off.  I can't not listen.

Perhaps I can tune in to it, use it the way others use white noise to find relaxation.

My follow-up MRI is scheduled for January 15th.  Hopefully it will show the neurosurgeon what effect the gamma-knife radiation treatment is having.

If you see me dancing when there is no apparent melody playing, don't be alarmed.

Posted by HisFireFly at 8:41 PM No comments: 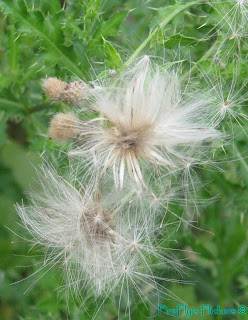 At the end of August, after my last blog post here, I sent an email to the Gammaknife Treatment Centre reporting in about my symptoms.

I waited for reply, thinking I should phone in but also hoping the dizziness I have been struggling with would ease up.

Today I received the following email:

Regarding frequent dizziness, increased tinnitus and your hearing is worse.
We discussed this with dr. Kaufmann….

Continue to monitor these symptoms….if they become worse – an MRI should be done.
However, you should be followed up with a MRI 12  months post treatment.
You should be having a MRI in January,  2014 – looks like we sent Brandon Hospital your requisition.

Glad to hear you are not experiencing facial weakness!!

I think I will wait a bit yet before next contact.  From what I've read the symptoms can vanish as quickly as they appeared and with as fast as time has been moving January will be right around the next corner.  I am, as always, in God's hands.
Posted by HisFireFly at 8:42 PM No comments:

I had to spend a long stretch of time on hold while waiting to talk to someone at airmiles about the possibility of booking a flight.

I should have used the cordless phone so I wouldn't be confined to the desk chair in the den, and be free to wander about the house if I wanted to, but I hadn't thought of that when I placed the call.

The only good thing about the delay was the music they played, not canned, but real and songs that I enjoyed.  My right hand grew tired of holding the phone so I thought I would switch to the left side.  I figured I could switch back to my good right ear when someone was finally available to talk to me.

I was surprised to discover that the hearing in my left (AN) ear seems to have diminished more.  I could hardly tell that there was any sound at all, never mind try to listen to the music.  I put the receiver back to my right side so I wouldn't miss the moment when a customer service rep cut in.  After more than thirty minutes I had other things I needed to do, so I gave up the wait and hung up.

A few days later I tried again, this time remembering to use the cordless.  Once again Ithe sound was fine using my right ear but almost silent using my left.

I'm curious to know if this is the acoustic neuroma reacting to the gamma knife treatment, perhaps swelling as it begins to die, or are there other reasons.

I don't know if this is temporary or a permanent worsening of my hearing.  Only God knows, and time will tell.

By the way, when I finally was able to speak with a customer service rep I found him to be quite delightful, courteous and helpful.  Unfortuneatly there are no flights available with airmiles the time of year I'm flying.
Posted by HisFireFly at 4:54 PM No comments: 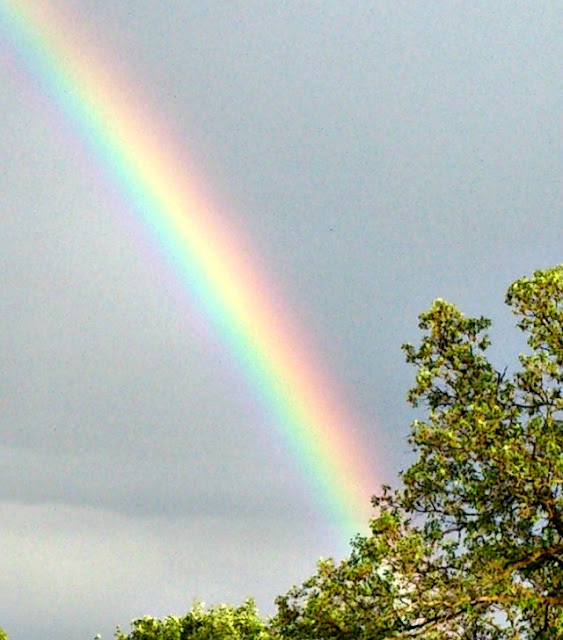 our "good" vehicle chose to die

we were all sharp edges
brittle
ready to crack, burn

my ears are ringing, yes
my hearing no better than before
but not worse

we have plans, big plans ahead
and hope

another summer
and we can see the colour
the rains have left behind
Posted by HisFireFly at 9:53 PM No comments: 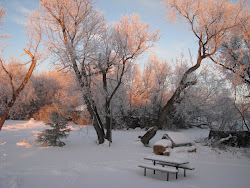